As I mentioned before, I’m on lists and discussion groups regarding deafness and hearing loss  Some are professional in nature, some are simply a bunch of people. As you may or may not be aware, the alleged perpetrator of the recent stabbings/slashings in Texas is someone who was born deaf and fitted with a Cochlear Implant (CI) at age 7.

Some posters consider his acting out to be a good reason to never get a CI lest they potentially be driven mad by it and end up becoming violent. Others think the reason the alleged perpetrator was slashing faces  and necks of random individuals was to get back at the hearing people who bullied him. This is based on their own perceptions of being bullied as deaf kids. I’m not discounting bullying, merely that personal perceptions become generalized to become the reality of some person they’ve never met.

In fact, the alleged perpetrator has apparently made a full confession to the effect he has been fantasizing about cannibalism, and about cutting off people’s faces and wearing them as masks, since he was 8 years old.  CI detractors are having a field day with the coincidence of the CI with the alleged start of his violent fantasies. Others speculate it was because he was raised oral and learned to speak rather than going to Deaf School – believing his mother (calling Dr. Freud!) forced him into learning to speak rather than given the natural language of ASL.  Others blame his being home schooled and not adequately socialized.

It is, of course, all speculation, since no one talking about it social knows anything except what is reported in the news media, myself included. In the end, no one in the greater world will ever know what caused this young man to fantasize about hurting others with a sharp cutting blade nor why he ended up acting out that dark and violent fantasy.

Me being me, I brought up the exquisitely presented information from the recent Symposium on Mental Illness, the Deaf, and the Criminal Justice System by an internationally known forensic expert, Dr. Brendan Monteiro, on violence and criminal deviancy in the deaf.  I commented that we’d have to know more, for instance, if his deafness was caused by a maternal illness that could have resulted in brain damage. Rather than using one of my (clears throat) high-end social work terms like “nuts” or “crazy” (easily understood by all without jargon involved) I opted for the perfectly logical (to me) use of the word “deranged.”

To my mind, deranged is  a very good word. It is a past participle, a past tense (sorry, that’s the hidden grammarian in me). It (whatever “it” was) was once neatly arranged, but became deranged (items or a mind).  This is a term that has long been used in mental health circles as describing someone who has lost contact with reality.  It may beg the question, perhaps, if he actually was in  contact with reality while slashing random victims, but that’s about the only objection I could think of.

But, oh no, “deranged” was attacked by the thought police as inflammatory. Lunatic would have been better? Whack job? Nut case? Psycho?  I shall have to expand my repertoire of slang terms for someone who is bat shit crazy.

Then someone suggested deaf graduate students of social work or mental health be consulted. I followed that thought process as:  a deaf graduate student would know more than an internationally known forensic psychiatrist with vast experience in this very field because the students are deaf, have had the “deaf experience” and therefore are “deaf enough” whereas Dr. Monteiro is hearing and therefore not deaf enough to understand.  (Faint strains of “Nobody Knows the Trouble I’ve Seen” by Louis Armstrong.)

I admit to feeling a bit annoyed. Deaf enough doesn’t hold water with me. Neither does blind enough or any of the other “enoughs.” One individual tried putting me in my place by telling me I clearly didn’t have the sort of experiences deaf from birth did and I could not relate.  I figure since I had threats made on my life for being the judge’s kid and was at home while there were incendiary devices used against our animals (one dog lost part of a foot) and home due to my father’s being a judge that I knew what bullying was like in a way that few of them could imagine.  And I said so.  I was the penultimate outsider in many more ways  than just my hearing.

I ended up bowing out of the discussion because I was at a criminal trial today (and will be again tomorrow), but out of morbid curiosity checked it this evening and saw the thought police were still at it on the word “deranged.”  Of all the issues I can think to fixate on, that’s got to be one of the silliest ones I can think of, but that’s just me – I don’t do the “thought police” stuff very well.  I learn so much from listening to how others express themselves that I don’t want to quell their 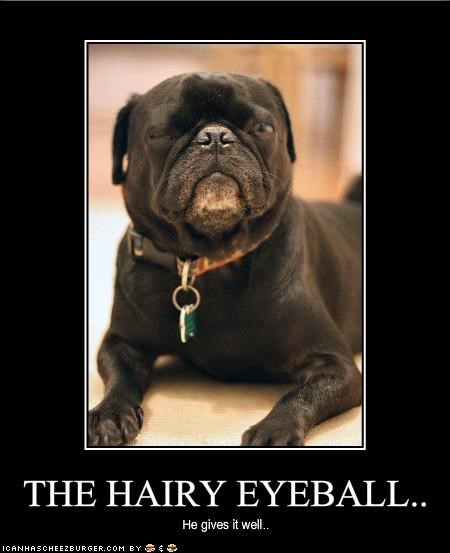 expressions unless they are just plain wrong about something.

I think discussion is a good thing, particularly where the individual alleged to have done these things had hearing loss which resulted in his being implanted with a CI.  Now, I don’t know a lot of people with CI’s, but of those few I do know, none of them are deranged.  At least, not so I can tell.  Maybe I should be giving them all the hairy eyeball, but I don’t think so.  All of them seem pretty well adjusted and continue to use the CI technology as the best thing they can get to meet their hearing needs.  I’m neither pro nor con CIs.  I’m a CI agnostic.  But, as you can tell, I’m against thought or word police and I’m for the appropriate use of words such as “deranged.”

Having looked through several hundred comments on the topic of the deafened Texas slasher/stabber on social media, I don’t think the deaf community does itself much good by saying that deafness itself leads to mental illness.  Yes, there is a high percentage of mental illness in a certain subset of the deaf community, however, according to Dr. Monteiro there is no more mental illness among the “high functioning” deaf than among the general population.  It has to do with nature/nurture factors that are not necessarily related to being deaf. Further, I have never seen “deaf” as part of the DSM II or IV. In the event deafness is an actual precursor to mental illness then everyone with hearing loss is f*cked and we should all be lining up outside the door of the local mental health clinic seeking happy or sane pills.  I prefer the green ones with the orange dots and purple stripes…

This will all die down in awhile because these sorts of obsessions don’t go on forever.  Only those of us who are focused on Deaf Justice will care very long what happens to this fellow and if his needs as a deaf person are being met.  I do continue to find it fascinating that a minor war can break out with the social media thought police over a simple word in long use such as “deranged.”

And since I mentioned a criminal trial – no, there was no one deaf or hard of hearing today, with the exception of myself.  I suppose I should give myself the hairy eyeball now for being hard of hearing, but it is soooo difficult to do that to oneself.  I’ll let the dog do it instead.